In the first randomized controlled study of its kind, teens who participated in an intensive 1-week group therapy program in which mindfulness was a key ingredient showed a substantial reduction in trauma-related mental health issues and improved attention and awareness compared with those who did not participate in the program.

An extension of this work has now been published in the journal Scientific Reports. This latest research shows that the program triggered epigenetic changes in genes involved in the pathophysiology of childhood trauma, such as vulnerability to stress, neurotransmission, inflammatory responses and behavior.

Environmental and behavioral factors can result in long-lasting epigenetic changes, such as the methylation of DNA, that modulate gene expression to turn genes "on" and "off."

Researchers found hundreds of DNA methylation changes that correlated with the mental health improvements in response to the program. The findings offer hope for strategies to help overcome some of the lasting effects of childhood trauma.

“We are really excited to see the encouraging results that we obtained through this study,” says Perla Kaliman, an honorary fellow at the Center for Healthy Minds and the study's lead author. “This work generates scientific evidence to help promote health policies with the potential to reduce a great deal of suffering and health risk factors in children and adolescents.”

In the U.S., approximately 674,000 cases of maltreated children were reported in 2017, though the real numbers may be much higher than reported figures. There is also evidence that rates of child abuse rose during the COVID-19 pandemic.

Experiencing violence in childhood has lifelong impacts on a person’s physical and mental health, yet there is scarce molecular evidence on effective interventions for children and teens who experience abuse, the effects of which may be passed on to their descendents.

“Since we know there is a significant risk of multigenerational transmission of neglect and abusive behaviors, our study suggests a possible way to interrupt intergenerational cycles of suffering,” says Kaliman.

Indeed, modifications in DNA expression can be heritable across generations, according to Reid Alisch, a coauthor of the study and professor in the Department of Neurological Surgery at the UW–Madison's School of Medicine and Public Health.

“The use of genome-wide tools to survey the entire human genome enabled this study to find those 'needles in the haystack,' — unknown genes and molecular pathways sensitive to trauma and targeted by the intervention,” says Alisch.

The study took place in Bucaramanga, Colombia as a collaboration between the Center for Healthy Minds, the University of Santander in Colombia and the nonprofit organization Innocence in Danger Colombia.

Researchers recruited 44 teenage girls who reported more than four adverse childhood experiences and were living in residential or semi-residential childcare settings due to inadequate parental care at home. Half of the participants were randomly assigned to participate in a 1-week group therapy program. The other half continued their regular care during the study but were invited to participate in a similar group therapy program after the study ended.

The 1-week program involved a series of sessions representing three intervention strategies: mindfulness, creative expression and reprocessing of traumatic experiences via eye movement desensitization and reprocessing (EMDR) therapy. Researchers say the use of multiple strategies, delivered by skilled therapists as part of a cohesive weeklong experience, likely played a big role in the program’s success.

“These practices offer the potential of altering epigenetic and brain systems that may have been impacted by trauma by training the brain for more effective emotion regulation and resilience,” says Richard Davidson, founder and director of the Center for Healthy Minds and coauthor of the study.

Meanwhile, collaborators who produced the program in Colombia say the encouraging results underscore the value of grounding therapy in rigorous science.

“We believe that the program worked so well because it is based on decades of neuroscientific knowledge of complex trauma and it is the product of 12 years of our experience with hundreds of children and adolescents in Colombia,” says Susana Roque López, founder and director of Innocence in Danger Colombia, who developed the intervention program.

The Institute for Family Wellbeing in Bucaramanga, where the research took place, realized cost-effective benefits from the program, according to Elkin Llanez, a member of the study team from the University of Santander.

"They are planning to create teams to deliver it to hundreds of children and adolescents, starting locally and expanding to the rest of the country,” says Llanez, describing the development as an "extraordinary outcome" of the project.

Further studies could help shed light on the longer-term impacts of the program and assess whether additional group or individual support can enhance the mental health benefits of the one-time intervention.

by Anne Johnson and Heather Harris 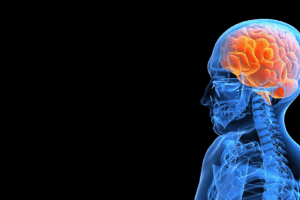 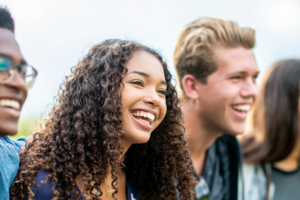 Maternal depression and anxiety symptoms during pregnancy have an effect on infants’ brain development at one month old after birth.