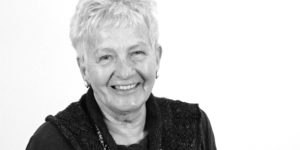 Throughout her career, Carolyn has studied the origins and development of empathy and caring behaviors beginning in the first years of life. These longitudinal studies have focused on the role of genes, temperament, family life and socialization experiences that foster or impede compassion and altruism in children. She has also conducted longitudinal studies on the role of emotion in the development of psychopathology in adolescents, as well as risk and protective factors in the development of conduct problems.

She has written about the intergenerational transmission of depression from mothers to daughters from a personal perspective. She served on the Task Force on women and depression for the Lt. Governor of Wisconsin and works to de-stigmatize mental illness.

She is currently interested in translational questions, for example, how scientific advances can inform the development of practices and interventions that foster kindness, altruism and positive emotions in children.

"Well-being for me is about nourishing social bonds with family and friends. It is also about moving outside of my comfort zone of being mostly with ‘people like me’. By forging relationships with others whose needs and perspectives are different or unfamiliar, opportunities for the giving and receiving of loving-kindness and compassion are enhanced. Circles of kinship broaden to become circles of kindred spirits thus expanding the sharing of joys and sorrows. Humor also plays a role in my well-being, including the practice of not taking myself too seriously."