The Integration of Faith and Ecology

The Loka Initiative is an education and outreach platform for faith leaders and religious institutions at the University of Wisconsin-Madison.

Our mission is to support faith-led environmental and climate efforts locally and around the world by helping build capacity of faith leaders and culture keepers of Indigenous traditions, and by creating new opportunities for projects, partnerships and public outreach.

What Faith Leaders Are Saying 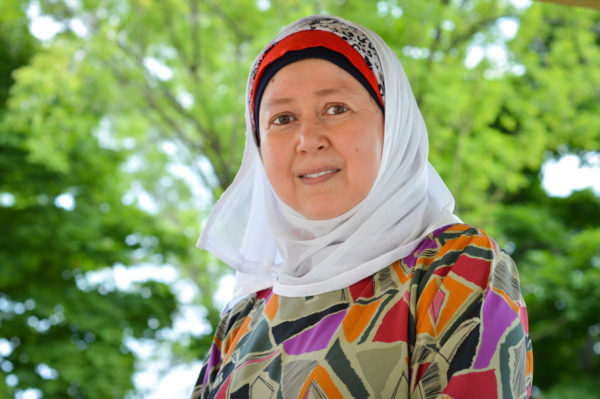 "We believe that people of faith have a great responsibility to stand up for environmental and climate justice, and to address the concerns and calamities of the poor and marginalized communities. They have the lowest ecological footprints, yet they are most impacted by natural and unnatural disasters. It is a moral issue."

"At the core, Indigenous knowledge is about protecting the needs of future generations. We don’t need all these modern conveniences and financial profits if it means destroying the environment. The price is too great for future generations to bear." 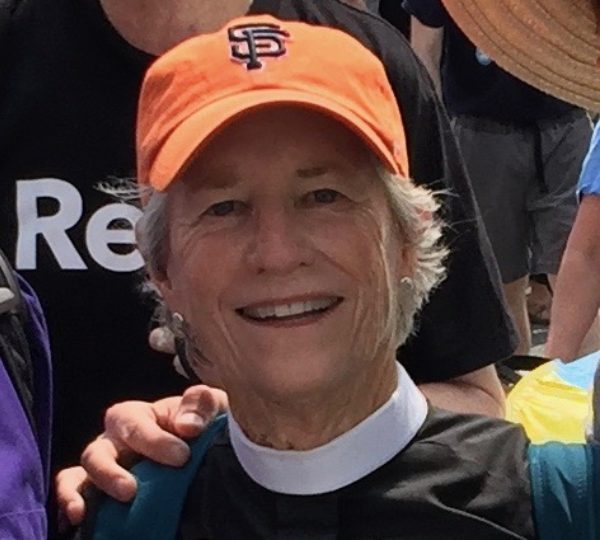 “All of us, Christian or not, must recognize our responsibility and obligation to protect Creation from the catastrophic effects created by climate change.” 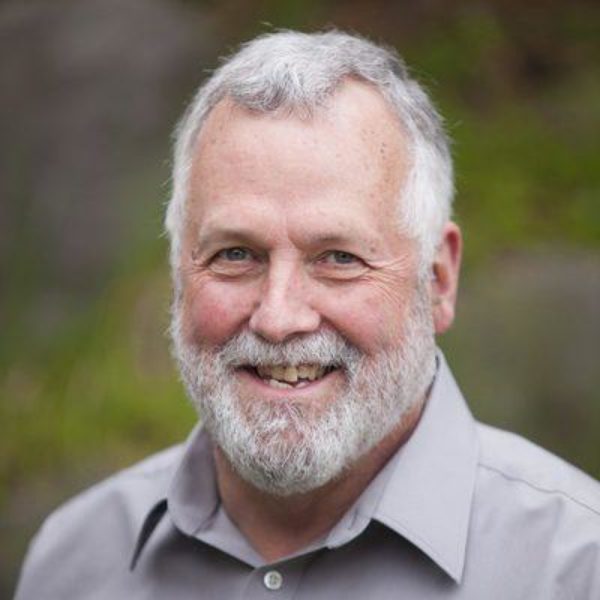 “The environmental crisis is a moral crisis, and demands a response from God’s people.” 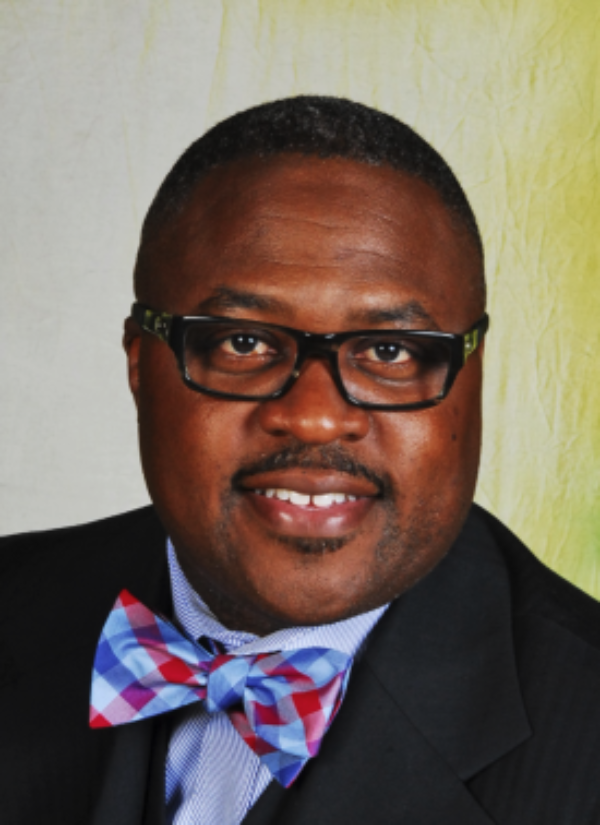 "Green The Church taps into the unmatched power of the African-American church as a moral leader and a force for social change — one with the potential to bring millions of new people into the climate movement." 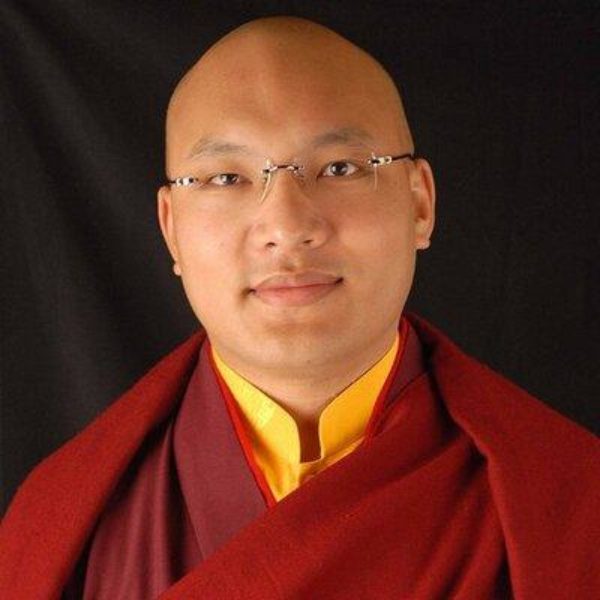 “The environmental emergency that we face is not just a scientific issue, nor is it just a political issue. It is also a moral issue and religious leaders must help lead the way forward.” 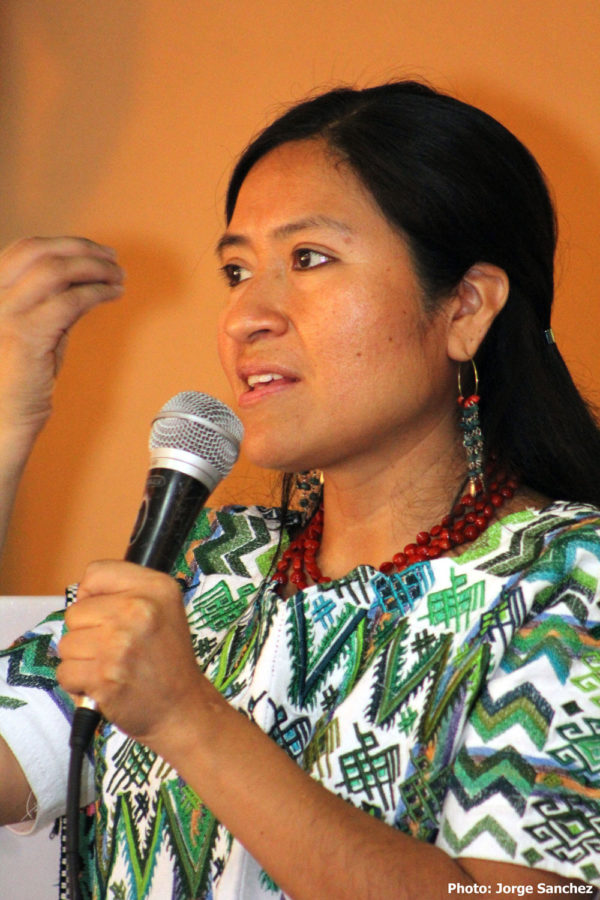 “We are asking that our Indigenous knowledge systems be valued and integrated into climate discourse, policy development and actions. Those knowledge systems, of which elders, spiritual leaders and ancestral authorities are the custodians, are key to relearning how to care for the earth.” 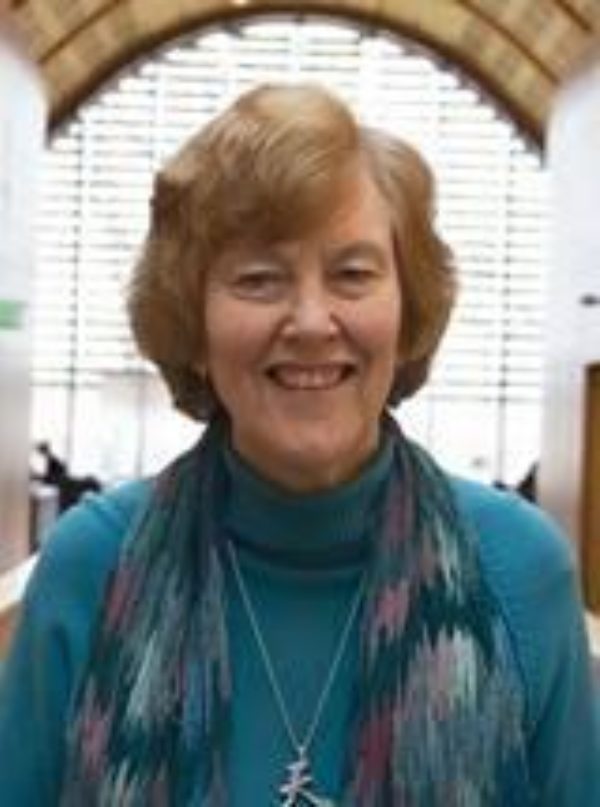 “We're in this exciting moment of expansion of an ethical and moral sensibility that's grounded in religion and draws on science to give us that sense of the intricacy of ecosystems.” 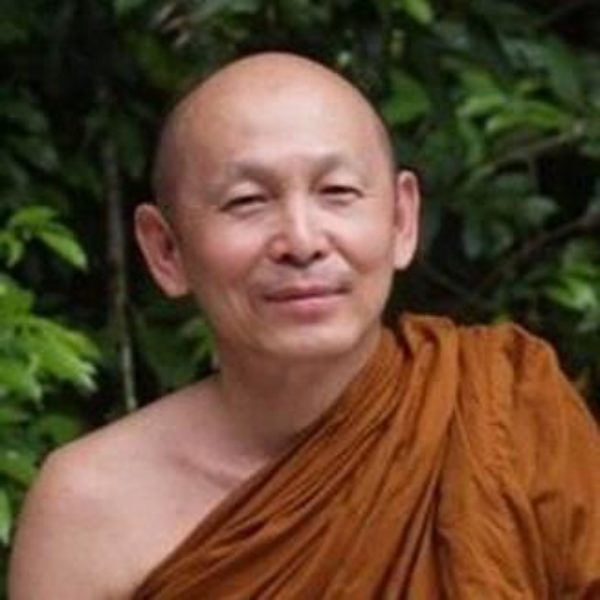 “As a Theravada monk, I believe it’s the duty of all monks to care for the environment.” 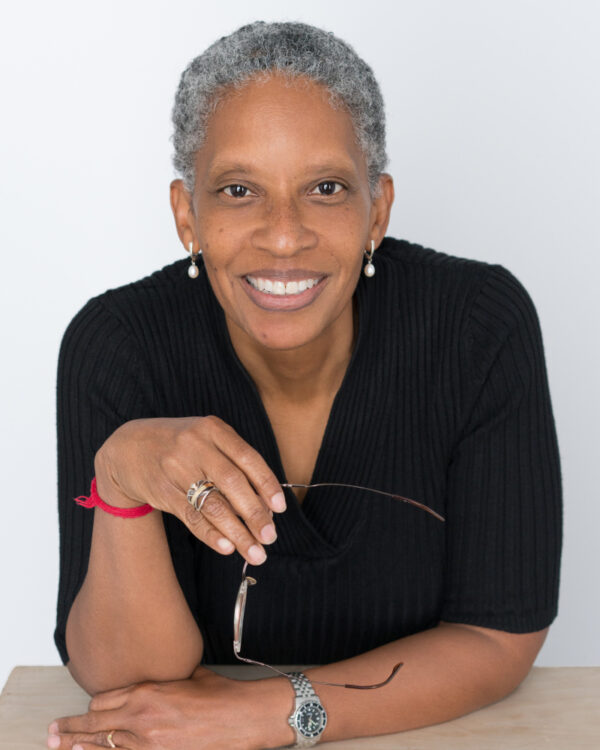 "I think the environmental movement relies on the intellectual. But, what we need is to access the feeling, that connection, that resonation with wildlife, a mountain or a stream. We need to learn to create more empathy for one another, not more cost benefit rationales."

Loka Director Dekila Chungyalpa interviews Pamela Ayo Yetunde in a discussion that explores the power of radical non-discrimination as a catalyst for change at every level.

Loka Director Dekila Chungylapa shares her views of nature, the climate crisis and her unique collaborations with faith leaders through the Loka Initiative on this Mind & Life podcast.

Center for Humans & Nature Article: At the center of all things is interdependence

In this Center for Humans & Nature article, Dekila Chungyalpa, Director of the Loka Initiative, explores the central Buddhist concept of interdependence, the awareness that we exist not only in interdependence with one another but with all of nature

On this Tricycle Podcast, Dekila Chungyalpa, director of the Loka Initiative, talks about her work with religious and Indigenous leaders, scientists, and policymakers to design community-based environmental and climate programs. She also discusses how she relies on Buddhist Buddhist teachings on emptiness, impermanence, non-attachment and compassion to sustain her during times of eco-anxiety and distress.

Loka Director Dekila Chungyalpa is interviewed on the Go Simone podcast. She shares the back-story of the Loka Initiative and how it supports faith leaders with education, tools and resources in support of conservation and climate activism.

Khoryug has prepared a small booklet and a poster (both in Tibetan and English) on Covid-19 preparedness guidelines for monasteries, nunneries and centers.

The Loka Initiative has received a 2019 M List award from Madison Magazine, and was selected for the initiative's innovative contributions toward diversity and inclusion. 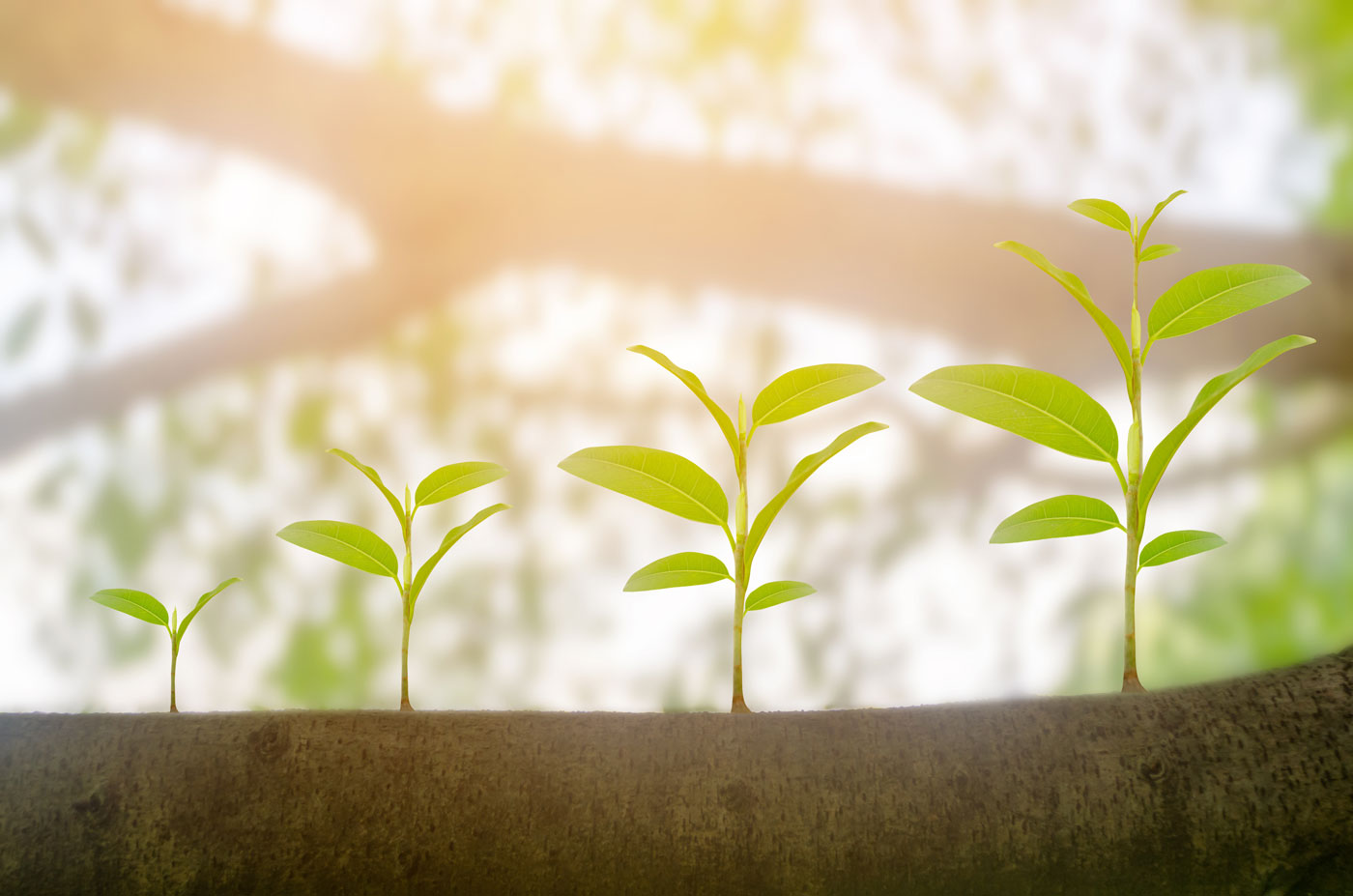 At the Center of All Things is Interdependence

Loka Director Dekila Chungyalpa will speak at the Contemplation by Design Summit, hosted by the Stanford Prevention Research Center in a session titled, "At the Center of All Things is Interdependence."

Dekila Chungyalpa, Director of the Loka Initiative, will present at the 2021 Green the Church National Summit.

Interconnectedness: Our Human Life and the Natural World

Loka works to engage, inspire and involve the general public by hosting talks and events that showcase dialogue between senior scientists and senior faith leaders. These events, as well as Loka’s strategic goals, are developed through extensive partnerships across campus, academia, local and global faith communities, and environmental activists and professionals. Loka launched a bi-monthly newsletter showcasing faith and Indigenous leaders who lead transformative environmental and climate work in order to help lift their voices and reach new audiences. Loka continues to expand its online community-building and information-sharing networks to support the work inspired through public outreach and convenings.

Loka will provide focused training in the areas of climate change, nature protection, and sustainable living to faith leaders and communities of faith and support on strategic planning, communications and project design. Convenings will be organized by themes and in partnership with different traditions. Loka currently is working closely with Evangelical church leaders from around the world, with First Nation elders in Wisconsin and Indigenous leaders from around the world and with Tibetan Buddhist monastics in the Himalayas.

Loka will work with the Division of Continuing Studies to build an online course, broadly available to everyone, that integrates faith, culture, environment, public health, and mental well-being and examines the role religion can play towards improving environmental, social and personal wellbeing. Subsequent courses will offer participants the opportunity to design and improve project ideas and strategy plans.

Loka hosted its first symposium in 2019 that brought together senior faith leaders from different religious traditions, scientists, economists, academics, policy administrators, business leaders and representatives from the public sector from around the world to collaborate on solving social and environmental problems. The Symposium kicked off in May of 2019. Due to the coronavirus pandemic, Loka has pivoted all its events online. 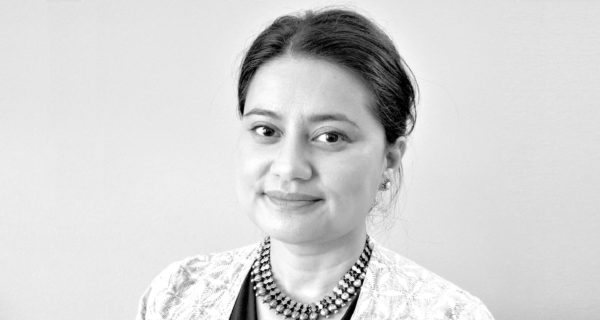 Dekila is the director of the Loka Initiative, an innovative capacity building and outreach program at the University of Wisconsin–Madison for faith and Indigenous leaders. Prior to that, Dekila founded and directed Sacred Earth, an acclaimed faith-based conservation program at the World Wildlife Fund from 2009 to 2014. Dekila also helped establish Khoryug in 2008, an environmental protection association of over 50 Tibetan Buddhist monasteries and nunneries in the Himalayas under the auspices of His Holiness the 17th Karmapa, head of the Karma Kagyu School of Tibetan Buddhism.

The Meaning of Loka

"Loka" (लोकः), an ancient Sanskrit term, has many meanings but usually refers to “our world” as the basis for all life. The world evoked by Loka is a complex and interwoven one, where multiple environments, species and dimensions interact to constitute a whole. The term Loka can thus mean a “world” as large as a planet, but it can also refer to a single individual who constitutes an equally complex and interdependent “world.” Thus, each Loka or world is in a sense many worlds, overlapping and embedded within each other. Evocatively, the word Loka also means “vision,” the act of seeing that not only beholds a world but brings it into being.

History of the Initiative

The roots of the Loka Initiative lie in Dharamsala, India where in 2011, Richard Davidson, John Dunne, Dekila Chungyalpa and Jonathan Patz first met while presenting at the Mind and Life Ecology, Ethics and Interdependence conference. The Mind and Life conferences are presided by His Holiness the Dalai Lama. During that initial meeting, a dialogue began on how environmental protection efforts and climate action required a bridge to be built between faith leaders and scientists, scholars, policy makers and other experts in the secular world. Dekila had recently launched the Sacred Earth program at WWF, a faith-led conservation initiative working with Buddhists and faith leaders in Asia, Based on that dialogue, she expanded the program to work with Catholics, Hindus, Muslims and mainline Christians in the Amazon, East Africa, the Himalayas, the Mekong and the United States.

In 2018, Richard Davidson, John Dunne and Dekila Chungyalpa reconvened several participants from that group, including His Holiness the 17th Karmapa, who visited the University of Wisconsin–Madison and participated in planning discussions around an education and capacity building platform based in UW-Madison. At that gathering, His Holiness said “science needs religious leaders to help convince people that environmental protection is an urgent moral issue and not only an economic or political one. Without science, people lack the knowledge on how to solve environmental or social problems. But if you can add religious support to scientific expertise, you are able to generate greater courage and commitment among people to address these issues. For this reason, science and religion must find ways to work together.”

At its core, Loka begins with the premise that science and religion can be sympathetic rather than adversarial in their commitment to solve environmental and social problems compassionately and effectively. Therefore, the initiative will provide opportunities for faith and Indigenous leaders from all traditions and geographies to collaborate with scientists, academics, policy-makers, business leaders, students and the public in order to develop effective and robust faith-led projects that protect the environment and build climate resilience in their communities. Through Loka, faith leaders can access the programs and resources necessary to help inspire their communities to solve environmental and climate issues. 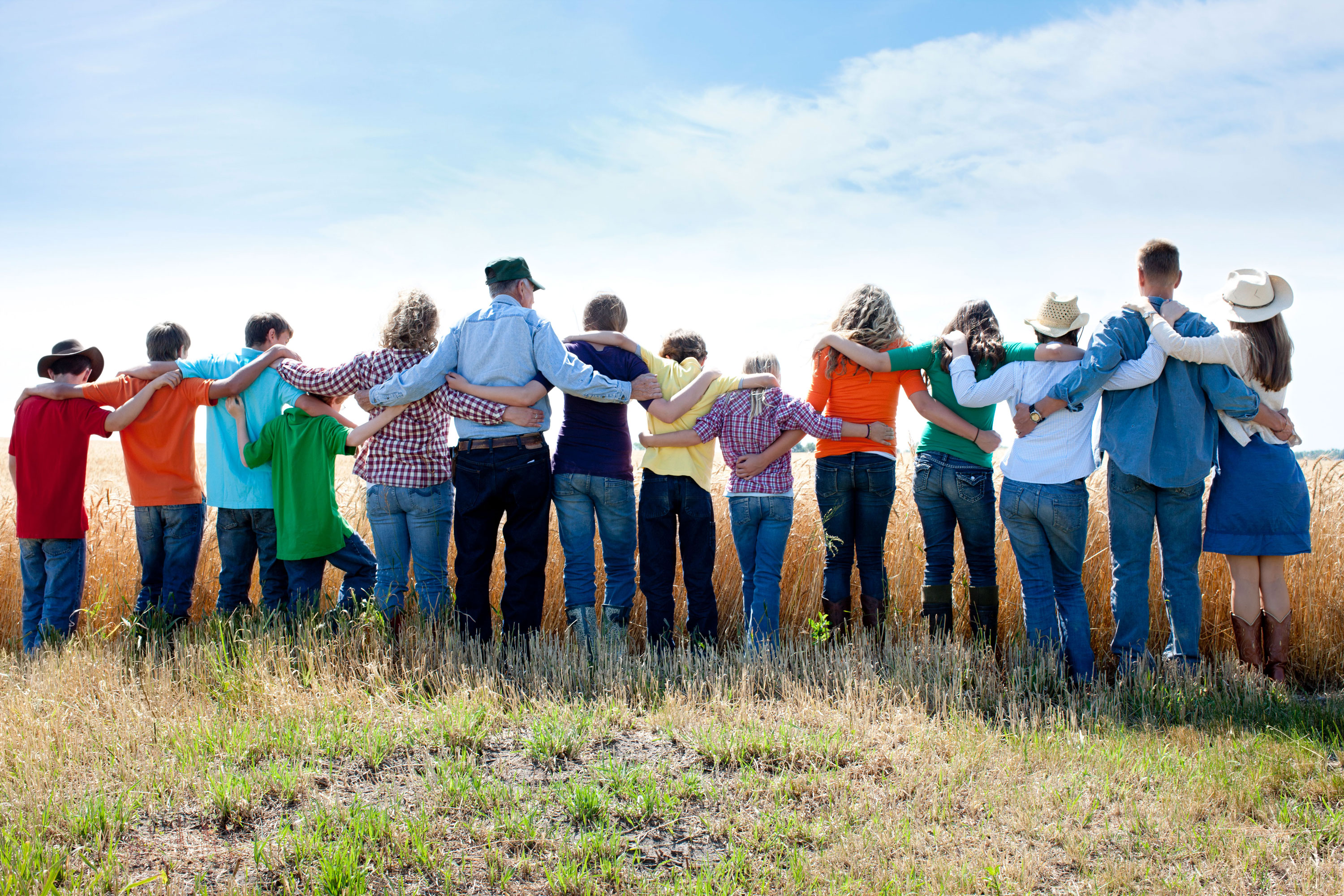 Loka is an interdisciplinary collaboration among different programs at the University of Wisconsin–Madison. It is housed in the Center for Healthy Minds in collaboration with: 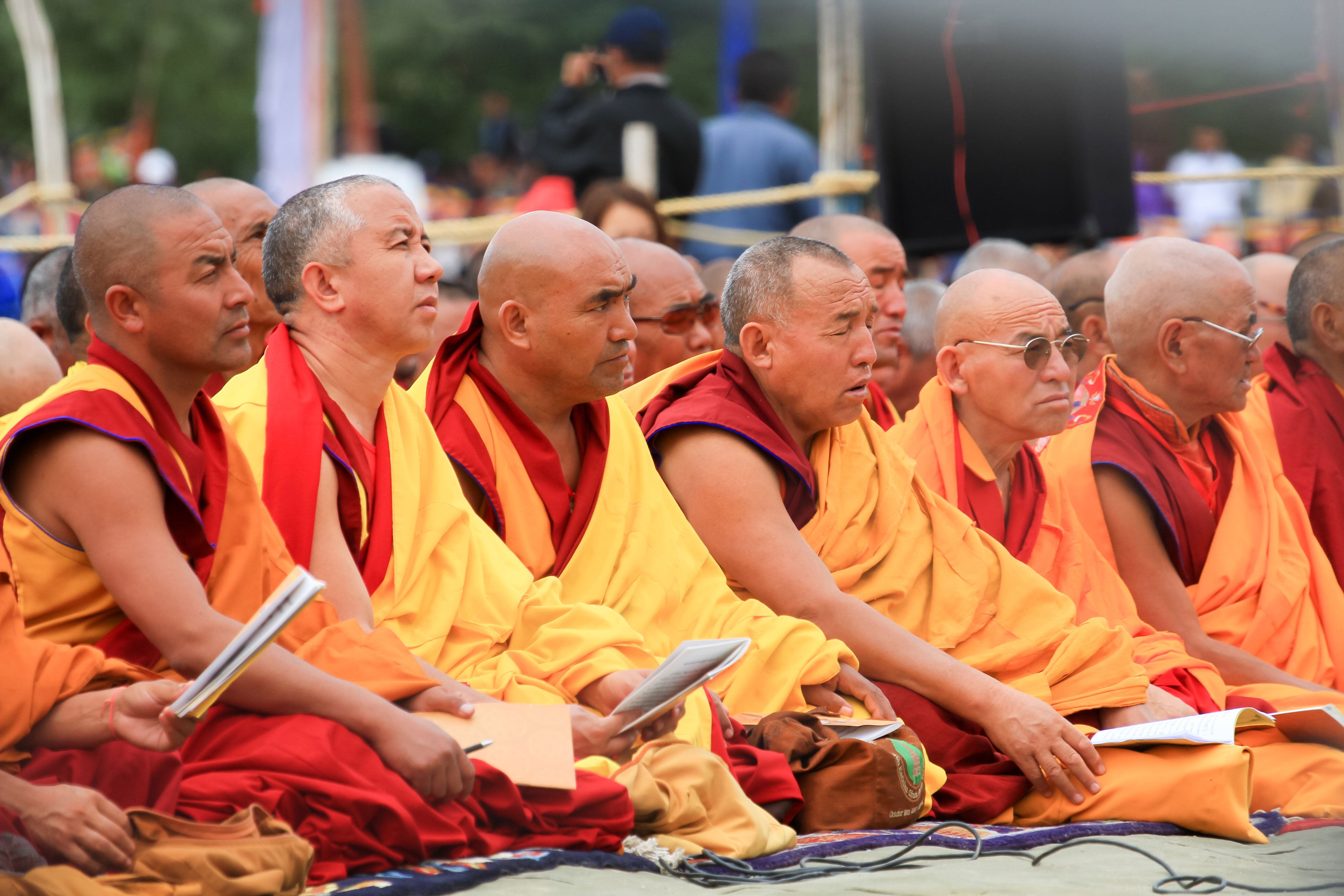 Katharine Hayhoe, “Saving Us; A Climate Scientist’s Case for Hope and Healing in a Divided World”

E.O. Wilson, “The Creation; An Appeal to Save Life on Earth”

Wildfire Patterns in the U.S. statistics from NASA

Changes in Monsoons statistics from NASA

Mental Health and Our Changing Climate: Impacts, Implications and Guidance

The Forum on Religion and Ecology at Yale

The Center for Earth Ethics

Alliance of Religions and Conversations

Journey of the Universe Film and Course Information