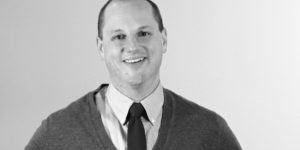 Drew is a former Assistant Scientist at the Center for Healthy Minds. Drew is interested in emotional style and how dispositional emotional and pro-social tendencies guide behavior for better, or for worse. During his graduate career, he used functional and structural brain imaging in both humans and rhesus monkeys (Macaque mulatta) to understand the biology that gives rise to trait-like anxious behavior early in life. This is a particularly important issue, as children with an anxious disposition are at risk to develop anxiety and depressive disorders later in life. Eventually, Drew hopes his research leads to novel ways of triggering these brain systems to help reduce suffering.

Drew is currently a faculty member in the Psychology department at University of California, Davis.

Fox AS & Kalin NH (2014). A Translational Neuroscience Approach to Understanding the Development of Social Anxiety Disorder and Its Pathophysiology. American Journal of Psychiatry. 171(11):1162–1173

"Living a life that is fun in the moment and fulfilling in retrospect; a lot of laughter and kindness."