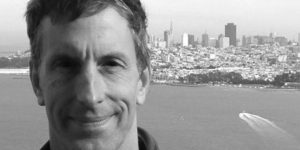 Robert Nowak is a member of the U24 research grant team at UW–Madison. Robert Nowak received the B.S., M.S., and Ph.D. degrees in electrical engineering from the University of Wisconsin-Madison in 1990, 1992, and 1995, respectively.  He was a Postdoctoral Fellow at Rice University in 1995-1996, an Assistant Professor at Michigan State University from 1996-1999,  held Assistant and Associate Professor positions at Rice University from 1999-2003, and is now the McFarland-Bascom Professor of Engineering at the University of Wisconsin-Madison. Professor Nowak has held visiting positions at INRIA, Sophia-Antipolis (2001), and Trinity College, Cambridge (2010). He has served as an Associate Editor for the IEEE Transactions on Image Processing and the ACM Transactions on Sensor Networks, and as the Secretary of the SIAM Activity Group on Imaging Science. He was General Chair for the 2007 IEEE Statistical Signal Processing workshop and Technical Program Chair for the 2003 IEEE Statistical Signal Processing Workshop and the 2004 IEEE/ACM International Symposium on Information Processing in Sensor Networks. Professor Nowak received the General Electric Genius of Invention Award (1993), the National Science Foundation CAREER Award (1997), the Army Research Office Young Investigator Program  Award (1999), the Office of Naval Research Young Investigator Program Award (2000), the IEEE Signal Processing Society Young Author Best Paper Award (2000), the IEEE Signal Processing Society Best Paper Award (2011), and the ASPRS Talbert Abrams Paper Award (2012). He is a Fellow of the Institute of Electrical and Electronics Engineers (IEEE). His research interests include signal processing, machine learning, imaging and network science, and applications in communications, bioimaging, and systems biology.