The Intersection of Science and Faith: Christians, Climate and U.S. Culture With Katharine Hayhoe

Since the time of Galileo, science and faith have been framed as two opposing, or at best, non-overlapping systems. Skepticism about the effects of climate change—exhibited by many Christians in the U.S.—perpetuates this perceived warfare between science and religion. Mounting scientific evidence clearly documents the risks posed by climate change to the poor, the needy, and other vulnerable populations – the very people Christians, and other communities of faith, are called to love. Regrettably, those who deny climate change often believe they are in the right, making a moral stand. Combining basic tenets of the Christian faith with recent findings from the areas of climate science, psychology, and sociology, Katharine Hayhoe—a world-renowned climate scientist and an evangelical Christian—will discuss potential reasons for these disagreements and the role that shared values may play in moving us forward past these barriers.

Watch a Replay of This Event 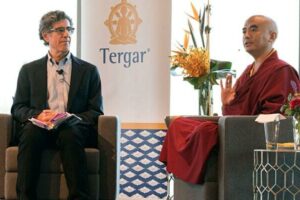 The Science and Practice of Human Flourishing

A public talk with Dr. Richard J. Davidson and Yongey Mingyur Rinpoche, one of the world’s foremost meditation teachers. The event is being organized by the Tergar meditation community with the support of CHM. Inclusive ticket options start at $5 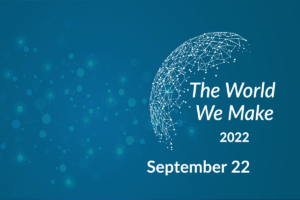 The World We Make: 2022 event is open to all donors contributing an annual leadership gift of $1,000 or more to support the Center for Healthy Minds and Healthy Minds Innovations. We would be deeply grateful to have you join us. If you have any questions please contact our Director of Donor Engagement, Lorri Houston, at LHouston2@wisc.edu or 608-263-3672.