Potential side effects are often front and center when considering taking medicine for physical or mental conditions, but information is less clear with treatments like meditation that don’t come in pill form.

Popular media and case studies have recently highlighted negative side effects from meditation – increases in depression, anxiety and even psychosis or mania ­– but few studies have looked at the issue in-depth across large numbers of people.

In a recent paper featured in the journal Psychological Medicine, researchers at the Center for Healthy Minds at the University of Wisconsin–Madison found that people who took part in the most common and widely available secular mindfulness program did not experience psychological harm at a rate higher compared to people in control groups who did not take part in the program. 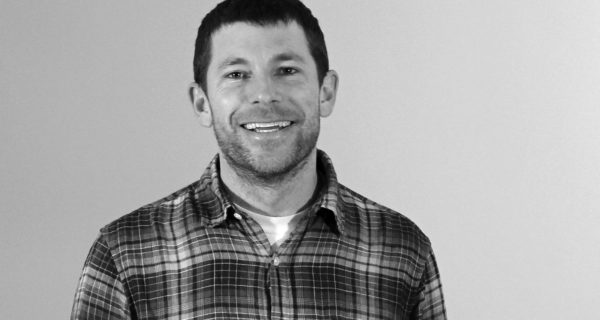 As meditation joins a growing list of treatment options for stress, depression and substance abuse, so does the need to understand when it’s effective and when it may pose risks.

“With any treatment of any kind – behavioral or drug – there are two sides,” says Matt Hirshberg, a 2019 National Academy of Education/Spencer Foundation postdoctoral research fellow at the Center who led the study. “What are the benefits and what are the risks of harm? The research on mindfulness meditation has overwhelmingly focused on the benefits – how it works, to what extent it works and so on. This paper intended to provide empirical estimates of potential risks.”

"The research on mindfulness meditation has overwhelmingly focused on the benefits – how it works, to what extent it works and so on. This paper intended to provide empirical estimates of potential risks.”

In the analysis, researchers examined data from more than 2,150 adults who took part in a community health clinic Mindful-Based Stress Reduction (MBSR) class between 2002 and 2016. MBSR is a standard 8-week mindfulness program typically taught in person that is offered widely in health care settings.

The team looked at pre- and post-test results on a common assessment of psychological symptoms and a measure of troublesome physical symptoms. They also included data from three National Institutes of Health-sponsored studies on MBSR that had people who were randomly assigned to control groups and compared harm in those studies with community MBSR. This allowed the group to examine results and levels of harm in people who did not take MBSR.

Because there is no standard way to assess harm, researchers looked at several common measures of harm, including whether average symptoms worsened, the number of people who reported increased symptoms, the number reporting greater than a 35 percent increase in symptoms and clinically significant harm, or the proportion of people who reported a categorical worsening in symptoms (e.g., from normal symptom level to mildly symptomatic).

In addition, on about half of the harm measures the researchers examined, rates of harm in MBSR were significantly lower than those in the no-treatment group. Hirshberg notes that these findings “suggest that MBSR may not only be no more harmful than no treatment, it may actually be preventative of developing increased psychological and physical symptoms.”

"The fact that incidents of harm appear to be low in MBSR is important because most mindfulness-based interventions are derivatives of MBSR, and it’s the root of practices we see offered in schools, health care and workplaces."

“The fact that incidents of harm appear to be low in MBSR is important because most mindfulness-based interventions are derivatives of MBSR, and it’s the root of practices we see offered in schools, health care and workplaces,” says Hirshberg. “It’s really important to know the prevalence of people who are having adverse reactions.”

Still, Hirshberg warns, this doesn’t mean that no one participating in MBSR experiences harm.  It remains important to expand the research to understand the experiences of the small number of individuals that have adverse reactions. Hirshberg also noted that due to limitations in the data, they were not able to examine whether socioeconomic status or race and ethnicity were related to harm.

Another question to explore further is the subjective interpretation of harm. In some meditation traditions, temporary discomfort, negative thoughts and unusual somatic experiences might be indicative of progress in one’s practice.