Center for Healthy Minds Founder Richard Davidson and Scientist Brianna Schuyler, suggest four components of well-being supported by neuroscience in the 2015 World Happiness Report. Evidence suggests that mental training in these areas can make a difference in improving well-being and even rewire areas of the brain.

Whether it's savoring that last bite of dessert or carrying the enjoyment of an activity with friends or family, or seeing the seeds of kindness and compassion in each person, prolonging positive emotion and having a positive outlook have been shown to improve psychological well-being. In studies examining the brain's response to positive images (for instance, a mother embracing her infant), we found that people with more sustained levels of activity in the ventral striatum, an area linked to positive emotion and reward, report higher levels of psychological well-being and display lower levels of cortisol (a stress hormone that's good in moderation, but problematic in excess). In another study, we discovered that prolonged marital stress was related to a decreased ability to sustain positive emotion, which we think can create a susceptibility to depression.

Science in this area suggests resilience, or how quickly a person recovers from adversity, can result in a person experiencing less negative emotion overall and may even have protective properties against mental health disorders.

But for some with depression who "can't shake that feeling" after a negative experience, areas in their brain related to strong emotion such as the amygdala remain active longer after the negative event has ceased. The same has been found in individuals with higher levels of neuroticism.

When it comes to building skills in this area, we found people with greater self-reported purpose in life (based on a questionnaire) show increased resilience and greater well-being. If we can find ways to cultivate purpose, we may also promote well-being. There's also promising evidence suggesting certain types of mental training to help cultivate the skill of resilience and facilitate more rapid recovery from negative events.

As the flurry of media attention to the topic of mindfulness attests, mindfulness-based practices of all types have now entered the mainstream. Data show that when people are really focused on what they're doing, and their minds are not wandering, they actually feel better about themselves. Studies show that mindfulness -- being in the present moment – can lessen our tendency to want and desire things we don't have. The popularity of mindfulness meditation has resulted in a variety of resources to cultivate and practice the skill on one's own via healthcare programs, online apps and local meditation communities.

Pro-social qualities such as empathy, compassion and gratitude comprise another component of well-being. There's substantial evidence to suggest that engaging in acts of generosity is an effective strategy to increase well-being. We call it a double positive whammy because, by being generous to others, you benefit them and yourself. Studies, including one from our lab, show that compassion training – in which one generates positive wishes for another being – primes a person's ability to empathize with others and leads to pro-social behavior aimed at decreasing others' suffering. 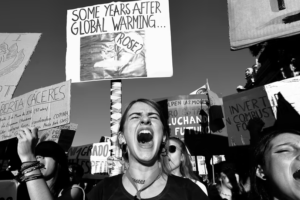 The Utility of White-Hot Rage 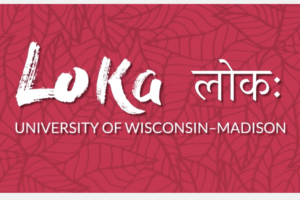 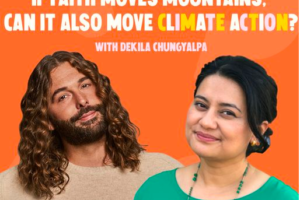 If Faith Moves Mountains, Can It Also Move Climate Action? 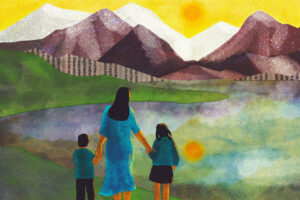 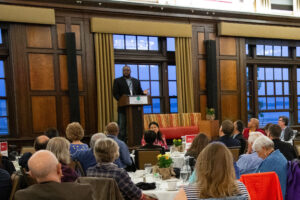 The Loka Initiative: What climate scientists can learn from religion
More Articles