Long-term Meditators May Be Perceived Differently by Strangers Than Those Who Don’t Meditate, Says New Study
Print

Meditation has been shown to help us feel more connected, but what if it actually changes how strangers perceive us? New research from the Center for Healthy Minds explores this question through a unique study using still photographs.

Recent findings published in the journal PLOS One suggest that long-term meditators may actually be perceived by strangers as less neurotic, more mindful, more conscientious and more comfortable in their own skin.

Researchers at the Center were curious if naïve observers perceive differences between people who have practiced meditation and those who haven’t. How people perceive us, particularly strangers, has an impact on our interpersonal interactions. By having people rate a person based on a photograph alone, we can see if there are differences in how people may be viewed interpersonally.

“When raters reviewed the pictures, they perceived the long-term meditators as less neurotic, more conscientious and more mindful than those new to meditation”

This study included both long-term meditators and people who have not meditated. Long-term mediators had a meditation practice that spanned at least three years, previously attended meditation retreats and had a regular practice of at least 30 minutes daily. Meditation naïve participants were randomly categorized into three groups: a wait-list control group, enrollment in a health enhancement program without a mindfulness component or enrollment in an eight-week Mindfulness Based Stress Reduction (MBSR) program.

Researchers who were unaware of which group participants belonged to told them, “we’re just going to take your photo,” to elicit a spontaneous facial expression. Still photographs were taken before and after the eight-week intervention period. Then, the photographs were presented to a group of undergraduate students and a group of meditation teachers who were asked to rate the people in photos based on the following personality traits: conscientiousness, agreeableness and neuroticism. They were also asked to rate the subjects on attractiveness, whether they appeared to be mindful and whether they seemed “comfortable in their own skin.” The raters were unaware of which group the participants belonged to. 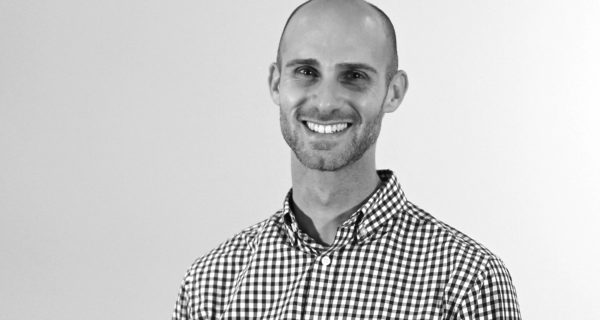 “When raters reviewed those pictures, they perceived the long-term meditators as less neurotic, more conscientious and more mindful than those new to meditation,” said Simon Goldberg, lead author on the paper. As for the meditation naïve participants, researchers didn’t see any differences in perception of those individuals, either before or after the eight-week training.

While these ratings do not confirm that long-term meditators are actually less neurotic, more mindful, etc., or that the perception of these qualities is directly caused by meditation, it does suggest that a long-term meditation practice might change how one is perceived by others. Being perceived more positively could yield other benefits, such as promoting well-being or improving quality of life.

“There is very little research to-date on the interpersonal effects of meditation. Many contemplative traditions focus on one’s connection to the greater world, so it is exciting that there could be a measurable link between long-term practice and interpersonal perception,” says Goldberg.

Future research could explore what the raters were specifically picking up on from the photographs that influenced their ratings, and could be expanded to include larger samples of behavior, such as short videos.

“The findings suggest there is some meaningful signal in the face itself that is conveying some aspects of well-being. I’m excited about the possibility of harnessing this signal in future work to develop passive measures of well-being that do not require direct user input.”

Richard Davidson, senior author of the article and Founder of the Center for Healthy Minds explains, “The findings suggest there is some meaningful signal in the face itself that is conveying some aspects of well-being. I’m excited about the possibility of harnessing this signal in future work to develop passive measures of well-being that do not require direct user input.”