A space-exploring robot crashes on a distant planet. In order to gather the pieces of its damaged space ship, it needs to build emotional rapport with the local alien inhabitants. The aliens speak a different language but their facial expressions are remarkably human-like.

This fantastical scenario is the premise of a video game developed for middle schoolers by researchers from the Center for Healthy Minds to study whether video games can boost kids’ empathy, and to understand how learning such skills can change neural connections in the brain.

Recent results published in npj Science of Learning (a Nature publication) reveal for the first time that, in as few as two weeks, kids who played a video game designed to train empathy showed greater connectivity in brain networks related to empathy and perspective taking. Some also showed altered neural networks commonly linked to emotion regulation, a crucial skill that kids in this age group are beginning to develop, the study authors say.

“The realization that these skills are actually trainable with video games is important because they are predictors of emotional well-being and health throughout life, and can be practiced anytime – with or without video games,” says Tammi Kral, a UW–Madison graduate student in psychology who led the research at the Center.

Richard Davidson, Director of the Center, explains that empathy is the first step in a sequence that can lead to prosocial behavior, such as helping others in need.

“If we can’t empathize with another’s difficulty or problem, the motivation for helping will not arise,” says Davidson, who led the research team. “Our long-term aspiration for this work is that video games may be harnessed for good and if the gaming industry and consumers took this message to heart, they could potentially create video games that change the brain in ways that support virtuous qualities rather than destructive qualities.”

On average, youth between the ages of 8 and 18 years rack up more than 70 minutes of video gameplay daily, according to data from the Kaiser Family Foundation. This spike in gameplay during adolescence coincides with an explosion in brain growth as well as a time when kids are susceptible to first encounters with depression, anxiety and bullying. The team wanted to learn whether there were ways to use video games as a vehicle for positive emotional development during this critical period.

“Our long-term aspiration for this work is that video games may be harnessed for good... [the gaming industry] could potentially create video games that change the brain in ways that support virtuous qualities rather than destructive qualities.”

Researchers randomly assigned 150 middle schoolers to two groups. One played the experimental game, called “Crystals of Kaydor,” which was created for research purposes and intended to teach empathy. The second group played a commercially-available and entertaining control game called “Bastion” that does not target empathy.

In the Crystals of Kaydor video game, kids interacted with the aliens on the distant planet and learned to identify the intensity of emotions they witnessed on their human-like faces, such as anger, fear, happiness, surprise, disgust and sadness. The researchers measured how accurate the kids were in identifying the emotions of the characters in the game. The activity was also intended to help the kids practice and learn empathy.

The kids who played Bastion partook in a storyline where players collected materials needed to complete a larger mission, but tasks were not designed to teach or measure empathy. Researchers also used the game because of its immersive graphics and third-person perspective. 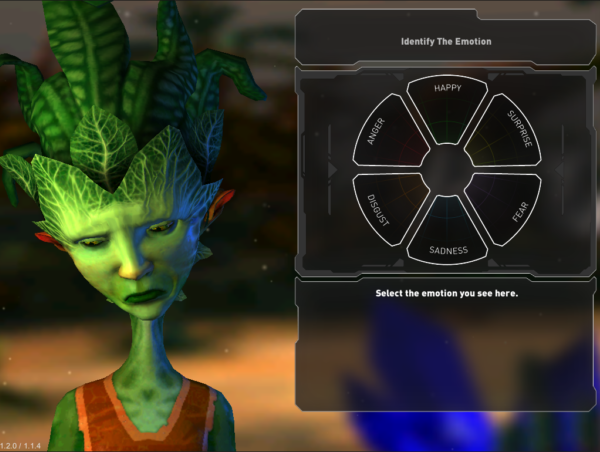 A key part of the game is learning empathy. In this case, the player must identify the character's emotion.

Researchers obtained functional magnetic resonance imaging (fMRI) scans in the laboratory from both groups before and after two weeks of gameplay, looking at connections among areas of the brain, including those associated with empathy and emotion regulation. Participants in the study also completed tests during the brain scans that measured how accurately they empathized with others.

“The fact that not all children showed changes in the brain and corresponding improvements in empathic accuracy underscores the well-known adage that one size does not fit all,” says Davidson. “One of the key challenges for future research is to determine which children benefit most from this type of training and why.”

Teaching empathy skills in such an accessible way may benefit populations who find these skills challenging, including individuals on the autism spectrum, Davidson adds.

The game – developed in partnership with Gear Learning at UW–Madison and researchers Constance Steinkuehler and Kurt Squire, who are now professors of informatics at the University of California, Irvine, is only being used for research purposes but has helped inform other games being submitted to the FDA for clinical applications.

The research was funded by a grant from the Bill & Melinda Gates Foundation. 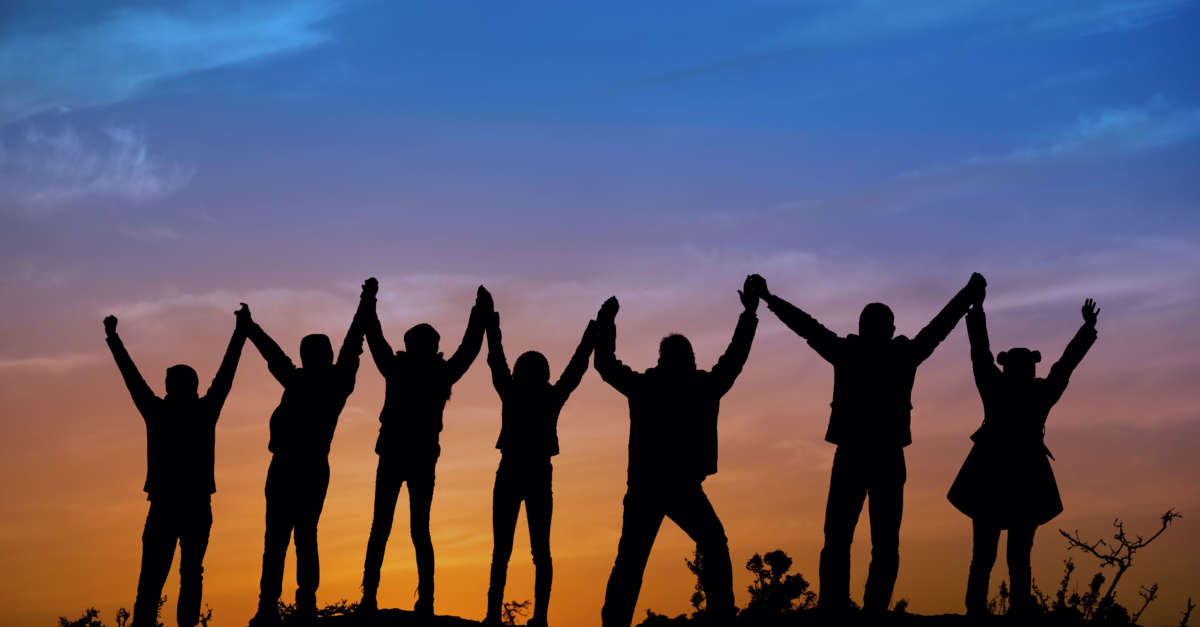 Related: 5 Tips for Empathy-Building in Youth