In this moment of stress from the COVID-19 pandemic, racial and civil unrest, and environmental disasters, many are calling for a reimagining of personal and public life that is more just, health-promoting and sustainable.

At the University of Wisconsin–Madison’s Center for Healthy Minds, researchers continue to pursue the science of well-being, sharing knowledge and guidance to help people manage their stress and emotional health during times of hardship.

That’s why the Center, along with its external, affiliated nonprofit Healthy Minds Innovations, is offering a week-long series of free virtual events to share the latest science, well-being tips and the opportunity to hear from mental health experts and leaders, including a recorded dialogue with His Holiness the Dalai Lama.

The World We Make 2020, taking place Oct. 5-9, 2020, poses the questions: How can our actions today sow the seeds for a better tomorrow? What future world are we making in this moment, and how can we each play a role in improving the trajectory?

“It’s about tapping into our own resilience and that of our communities to reimagine a better future – one that’s kinder, wiser and more compassionate,” says Richard Davidson, founder and director of the UW’s Center for Healthy Minds and Healthy Minds Innovations. “For me, this challenge is more important than ever, with the pandemic, racial injustice, climate change and our country’s political division.”

The virtual event will be freely available to anyone who can watch online. It will feature Center research and raise awareness of the importance of emotional well-being in our current climate.

Experts from UW–Madison and across the country will explore everything from the neuroscience of the mind-body connection to childhood development and workplace well-being for educators. 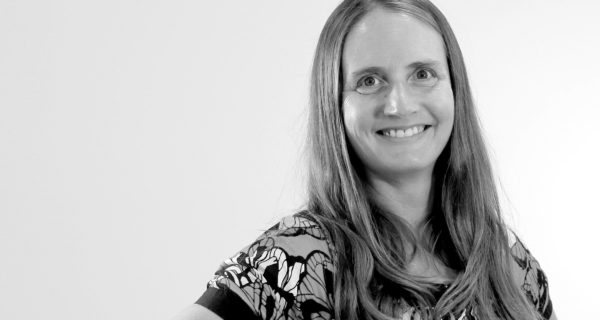 For instance, on Oct. 5, Davidson and UW–Madison Assistant Professor of Psychiatry Melissa Rosenkranz will give a presentation on the plasticity of the mind, brain and body.

Well-being experts, educators and leaders from the Madison Metropolitan School District — including Tamar Jacobsohn, Jennifer Jones, Ana Salcido, and Sylla Zarov — will share their experiences on wellness at work on Oct. 7.

And on Oct. 8, Texas Tech University’s Katharine Hayhoe will join other experts — including Gary Besaw, director of the Department of Agriculture and Food Systems and the ex-chairman of the Menominee Indian Tribe of Wisconsin — to talk about the intersection of resilient minds and a resilient planet.

At the final event of the series on Friday evening Oct. 9, Davidson, along with the Center’s Loka Initiative Director Dekila Chungyalpa, will air an exclusive pre-recorded video interview and words of wisdom from His Holiness the Dalai Lama.

Davidson and the Dalai Lama have collaborated for decades after His Holiness challenged Davidson to use modern science to study positive qualities of mind in addition to common mental health disorders. That ultimately led Davidson to found the Center for Healthy Minds 10 years ago.

The Dalai Lama, who took part in the conversation with Davidson over Zoom from Dharamsala, India, reflects on how humanity should come together during hardship and explores what new frontiers of the mind researchers could focus on.

The World We Make 2020 Schedule of Events

All virtual events will begin at 7 p.m. CDT

Monday, Oct. 5 – The Plasticity of Mind, Brain and Body

Wednesday, Oct. 7 – Well at Work: Strategies From Research to the Real World