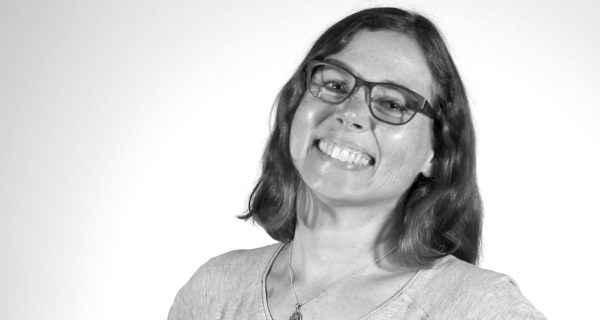 This year, the Center welcomed a new Science Director, Heather Abercrombie. Her previous work helped debunk popular notions of the stress-related hormone cortisol as unequivocally harmful and examines the role of stress hormones in depression.

It’s common to hear the term “cortisol” and think it’s bad because it implies distress. What does the science say?

There are a lot of misconceptions about stress and cortisol. Indeed, the hormone cortisol is increased with stress, but it’s also released in a lot of different situations. For instance, it plays an important role in breaking down energy stores in our body and making them available for use. It is elevated when we wake up in the morning and when we exercise – two situations in which we need a metabolic boost, but are not distressing per se.

How might studying cortisol improve our understanding of mental health?

Chronically elevated cortisol causes harm, which is well-known. Less well-known is that cortisol resistance (or cellular insensitivity to cortisol, in which the cortisol signal in the brain is too low) also causes harm. It’s been known for decades that many individuals with depression show cortisol resistance, which is conceptually similar to insulin resistance in Type 2 diabetes, in that cells in the body are not as responsive as they should be to the hormone. Even though we’ve known some people exhibit cortisol resistance, we’ve had no idea how it’s related to the changes in emotions, thinking and brain function that occur in depression. Some people probably do not have enough cortisol signaling in the brain. One major question we have is whether these people benefit from an acute boost in cortisol signaling. We’ve done research with placebo-controlled experiments looking at whether cortisol augmentation actually benefits emotional cognition, and so far, we found that to be the case. We looked at negative bias in memory, which is common in depression. Cortisol augmentation does indeed reduce negative memory bias. It’s like the brain is starving for cortisol, and we’re quenching the brain’s thirst.

Would this mean future treatments for depression could target cortisol?

Although cortisol is effective in this way, there are no antidepressant medicines that directly target it. Why is that? Our bodies adapt so quickly to taking a steroid like cortisol, and taking it longer can produce some really detrimental effects. In order to develop drugs that would directly address cortisol resistance in depression, scientists need to understand the cellular alteration that’s causing cortisol insensitivity in the cell (or “cortisol resistance”) and address that pharmacologically. Antidepressants commonly used, like those that target the serotonin system, do appear to ameliorate cortisol resistance though we don’t know exactly how. In addition, activities that acutely boost cortisol, like exercise, may benefit mood in part through its effect on cortisol.