Grit: What It Is and How You Can Learn It
Print

Angela Duckworth, the C. H. Browne Distinguished Professor of Psychology at the University of Pennsylvania, who studies self-control and grit, recently visited the Center for Healthy Minds to talk about her groundbreaking research.

In her talk, she shared  how the path to achievement is not only talent or intelligence, but often mostly a combination of passion and perseverance. If you are interested in exploring grit further, check out her book titled “Grit: The power of passion and perseverance.” She is also founder of the CharacterLab, a nonprofit that aims to share with teachers and parents science-based strategies to develop character – including grit, self-control, gratitude, and others – in children and adolescents. 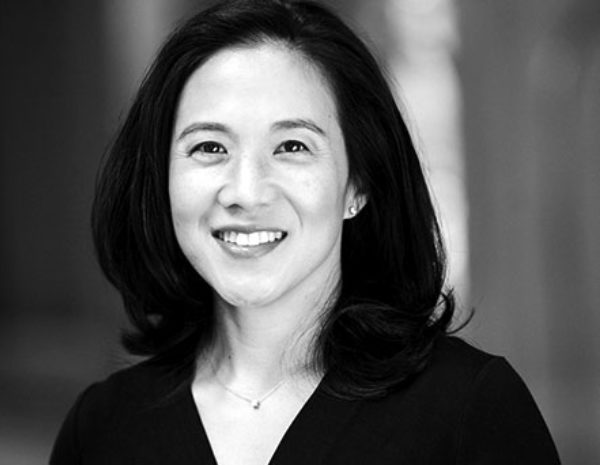 How do you define “grit”?

When I say grit, I mean a combination of passion and perseverance (sustained passion and sustained effort) over very long time frames – for decades, if not a lifetime. Not only do gritty people work hard and finish projects, but they are in love with what they do and they think about it all the time – they are  in love with a given topic for their entire lives and truly never get bored with it. The opposite is someone who is obsessed with something on Monday and by Thursday has moved on to another topic.

How can people tell if they have grit?

If you want to get a flavor of your own level of grit, just reflect for a moment on how you would rate yourself on the following questions: “I am a hard worker” or “I finish whatever I begin.” These are two items from the perseverance facet for grit. Now, take a moment to reflect on these statements: “I have been obsessed with a certain idea or project for a short time but later lost interest” or “New ideas and projects sometimes distract me from previous ones.” These are both questions about the passion facet. (You can take the Grit Scale yourself.)

What is the relationship between talent (such as intelligence or athletic ability), grit, and success?

My favorite psychologist is also from Philadelphia. His name is Will Smith, and he’s an award-winning musician and Oscar-nominated actor. When I tell you he’s a psychologist, you’ll know why when you hear his response to what makes him successful in his field of acting in the video below.

Another famous scientist has similar insights about success. Charles Darwin wrote in a letter that he had always suspected that humans did not differ much in their intellect but only in their “zeal and hard work.” Both Charles Darwin’s and Will Smith’s observation that talent and grit are not the same is born out in empirical data. If you take measures of IQ or athletic ability, what is the correlation with the grit scale? It is typically zero to negative. This intuition that maybe those whip-smart kids that you grew up with did not necessarily become hard-working, passionate people would be consistent with my data and research. In other words, success is less about intelligence and test scores and more about grit, a combination of passion and perseverance.

The importance of grit in relation to success is this cumulative, high-quality, high-quantity effort that high achievers are able to bring to bear on their lifetime work. It’s not to say that talent doesn’t count, but it doesn’t automatically lead to achievement. Human skill is a combination of talent and effort. Achievement, on the other hand, is a combination of skill and effort. So, as I like to tell my teenage daughters, effort counts twice.

Does everyone have the capacity to be gritty? Is there an innate capacity for is it or is it learned?

As with all personality traits, researchers have found in twin studies that there is a heritable component to grit. That being said, everyone has the capacity for grittiness. In my research, we have seen that grittiness can change over a lifetime. For example, as people age, their grittiness increases. People can also learn grit.

That’s good news that we’re all capable of learning grit. How might someone begin to build grit? 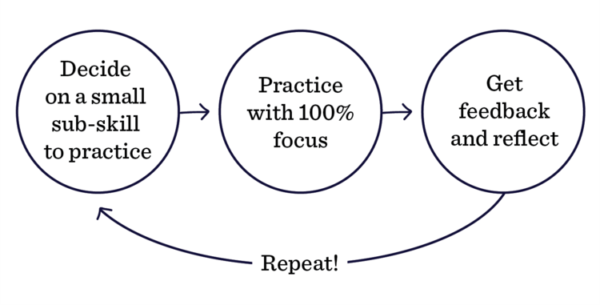 Source: CharacterLab Expert Practice Playbook. You can check out our Playbook called “Expert Practice” for more information about how to learn this and share it with people in your life.

The final recommendation is developing a sense that what you do is meaningful. This is when what you do becomes an expression of your values and your identity. At that level of commitment, you should be able to say that not only am I interested in what I do, but I know that it benefits other people and it gives my life meaning. One of the strongest relationships that I have found in my data is that between the sense of purpose you experience in what you do and your own assessment of  grit.

Another informal technique that I use with my daughters is called the “Hard Thing Rule.” Since they were five years old, they’ve been doing a Hard Thing that they have to pick. The first thing is, it has to involve deliberate practice, which includes goals, concentration, feedback, and repetition – things like track, ballet or violin qualified as candidates for the “Hard Thing.” The second requirement was they had to finish it, or at least not quit until their activity came to a natural stopping point (say, the end of the school-year).

In the last few years, though, I’ve started  calling it the “Fun Thing Rule.” Why? One of my daughters was doing a lot of baking, and when I suggested that it could be her Hard Thing, she replied: “No, the Hard Thing can’t be fun.” So, I’ve amended the Hard Thing Rule because it’s important to me to encourage them to pick something they also find fun. A big part of grit is passion, which includes an element of fun and absorption  with the chosen topic.

“The importance of grit in relation to success is this cumulative, high-quality, high-quantity effort that high achievers are able to bring to bear on their lifetime work.”

What are the differences and similarities between grit and self-control?

I think self-control and grit are first cousins. There are  definitely some similarities. The way we think of self-control is: any time you have a conflict between A and B, in which A is better for you and B is not as good for you, you have this conflict which you have to adjudicate.

For example, in a given moment you might have to choose between doing your taxes and watching an episode on Netflix. Or you might have to choose between flossing and not flossing. Self-control is picking A over B because in the long run it is better for you. The difference between grit and self-control is that grit is having a personally meaningful passion. That’s not taxes or gum health. I think there is some overlap, but the time frame  and personal meaningfulness of the goals are what set grit apart from self-control.