Center researcher Dylan Lott is determined to understand the factors that shape our well-being –not only during life, but also through the process of dying.

As the first staff anthropologist at the Center, Lott offers a different approach to studying well-being. He tells stories about health and healing from a historical, social, and ultimately human perspective that are supported by rigorous, community-based research. His work includes a focus on caregivers as their loved ones approach death, and if meditative practices can help alleviate stress related to these major life shifts.

“Generally, I am guided by questions including, 'How do we support caring for individuals near the end of life? What kind of insights can we gain about the impact meditative practices have on end of life experience?' ” Lott says. 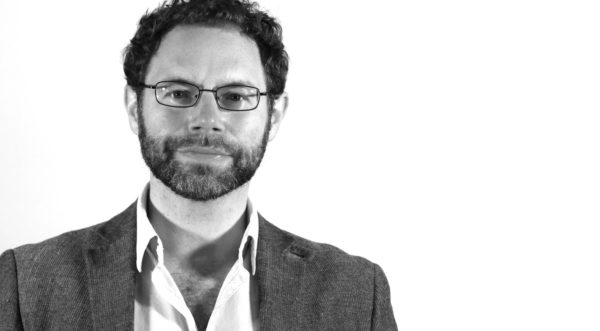 By bringing medical anthropology to the Center for Healthy Minds, Lott’s contributions represent the Center’s increasingly diverse approach to understanding the science of human flourishing from birth to end of life. Previous work, including that from the Center, suggests that brief meditation practice may be able to buffer against acute stress, but little research has been done to look at interventions related to loss and death. Lott’s research hopes to fill that gap.

“Periods of deep, intense grief can cause sleep disturbances, elevated blood pressure and heart rate, and chronic health issues later in life,” he says. “Meditative practices may act as a buffer to ameliorate the physiological impact of intense grief and mourning. That would be a profound insight and an important aide in the amelioration of suffering that accompanies the end-of-life.”

“Meditative practices may act as a buffer to ameliorate the physiological impact of intense grief and mourning. That would be a profound insight and an important aide in the amelioration of suffering that accompanies the end-of-life.”

Lott has taken his training and experiences across the globe to understand how different cultures approach well-being throughout the lifespan, with a focus on Tibetan communities of long-term meditators in India and how they cope with stresses associated with illness and death.

Lott works closely with and bridges the work of Center experts and the Center’s key collaborators – Men-Tsee-Khang (Traditional Tibetan Medical College and Clinic) and Delek Tibetan Hospital – in Dharamsala, India – who have come together in a unique way  to explore what happens during and following death for long-term meditation practitioners who are thought to enter a state called “Thukdam,” in which the body does not show typical signs of decomposition for days and sometimes weeks.

Prior to death, these practitioners are also imbued with equanimity and peace, despite often painful and difficult medical conditions. Lott says the most important and meaningful aspect of his research is building relationships and trust, which have allowed him to be present at such times.

“I think about it in terms of a rare privilege and have deep gratitude toward the monks, physicians, monastic, and lay communities I work with,” he says. “What really moves me is their openness, generosity, and humility and, even in these times of loss. We share the aspiration that, in allowing us to be present through perhaps one of the most significant moments of their life, we may learn something that will help reduce the suffering of others.”

Lott hopes his work will encourage Americans to rethink end-of-life care in the United States and to create spaces conducive to mourning and meaning.

“I hope this research will become an integral part of the efforts now underway to reenvision the way we structure palliative and hospice care, and create spaces to mourn and come to terms with with loss,” Lott says, “I have also come to understand that it is never too soon to begin asking about – and letting our lives be informed by – the kinds of support we would want and could offer others when we are called from this life.”