Image by Marian Vejcik via iStockPhoto

Center Assistant Scientist Pelin Kesebir studies virtues and their inextricable relationship to our well-being and deep sense of happiness. She shares the latest research and gives tips on how you can cultivate healthy qualities of the heart and mind. 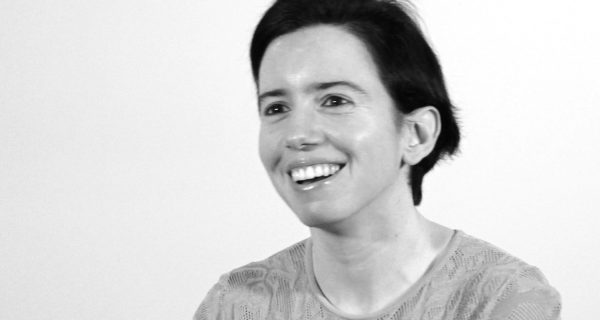 What are virtues and why are they so important for our well-being?

Virtues are character strengths, and they are essential to the optimal functioning of both individuals and societies. Think of honesty, compassion, courage, justice, perseverance or forgiveness. It’s difficult to imagine that any person or society could thrive without a fair amount of these qualities. That’s because virtues are what make it possible for us to live well together with others, to have resilience in the face of adversity, to flourish and achieve the good life. They serve us well, almost by definition.

How are virtues different from “morals?”

Compared to what we call “morals,” virtues aren’t very different, except our concept of morality oftentimes revolves around suppressing selfishness and making group living possible. In that sense, morals might be more limited in scope than virtues and focus more on avoiding the bad than achieving the good. For instance, qualities like patience, love of learning, or wisdom may not necessarily be seen as directly relevant to morality, but they certainly are virtues that help both individuals and groups to live well.

Previous research suggests a good chunk – some 40 percent – of our own happiness is within our own control. How do virtues play a role in cultivating happiness?

Research indeed suggests that although our happiness is partly determined by the genetic lottery and other external factors over which we hardly have any control, a substantial amount of it is still in our hands. Virtues are the indispensable tools with which we cultivate our happiness.

The body of findings documenting the link between virtues and happiness is quite robust. Some studies have investigated the role of virtues in preventing undesirable life outcomes and buffering against mental health disorders. For example, virtuous qualities such as courage, future-mindedness, optimism, interpersonal skills, work ethic, hope and perseverance seem to buffer against substance abuse, violence, mental illness and suicide.

There is also a plethora of evidence showing that virtue not only prevents unhappiness, but also promotes happiness. One line of studies shows how “doing good” is associated with “feeling good” – it turns out that people are happier when they are engaged with what we may call “virtuous activities and goals” rather than those with sheer hedonistic value. From studies asking people to keep daily diaries, we learn that engaging in virtuous activities, such as expressing gratitude, volunteering one’s time or persevering at a valued goal is associated with significantly higher well-being than engaging in hedonic behaviors like getting drunk, having sex with someone one doesn’t love or obtaining material goods.

Also, very interestingly, daily virtuous, but not daily hedonic behaviors predict higher life satisfaction and higher meaning the following day, attesting to their causal role in promoting well-being. We also know that pursuing goals that can be described as virtuous or self-transcending are consistently linked to higher well-being than pursuing hedonic or egoistical goals. The emerging picture is that happiness follows more from the engagement of our better, higher selves than from hedonistic or otherwise self-absorbed pursuits.

"Quite fascinatingly, whatever virtue we look at, we observe a significant correlation with happiness. This means that successfully cultivating any virtue would grant well-being returns."

Based on scientific evidence, which virtues contribute the most to happiness and well-being?

Quite fascinatingly, whatever virtue we look at, we observe a significant correlation with happiness. This means that successfully cultivating any virtue would grant well-being returns.

That said, some virtues indeed seem to impact our happiness more than others. Across studies using different samples and relying on different methodologies, virtues like love, gratitude, hope, curiosity, zest and wisdom emerge as most robustly linked to happiness.

Other virtues, say persistence, forgiveness, leadership, kindness, fairness, love of learning or creativity, are also associated with happiness, but the association is not as strong. When I look at the virtues most closely associated with happiness, like curiosity, gratitude, zest or love, the striking thing is that they all have a self-transcendent aspect and they all facilitate positive connections to some “larger beyond.” For instance, curiosity connects us to a large, fascinating world; gratitude connects us to a benevolent higher force or to other people; zest connects us to life; love of course connects us to each other. Transcending the self and connecting to something larger than the self are typically regarded as key ingredients of happiness, so it should probably come as no surprise that character strengths that foster these self-transcendent connections are also the ones most closely linked to happiness.

How does other research at the Center for Healthy Minds on the neuroscience of attention and meditation influence our ability to act virtuously?

Self-regulatory failure is one of the major obstacles keeping us from acting virtuously despite our best intentions. When we consider the opposites of virtue – sin and vice – they involve poor self-control (think sloth, gluttony or lust). The ability to regulate oneself becomes especially critical when acting virtuously requires stepping out of our comfort zone and overriding our easier, less virtuous responses.

If we want to become more honest, courageous or patient, for example, we’d need to recognize and overcome our automatic initial responses in the opposite direction. Any practice that improves self-awareness and the ability to regulate one’s attention and emotion would therefore make it easier to act with virtue. A considerable body of evidence, some of it coming from our own lab, suggests that certain contemplative practices such as mindfulness meditation have a long-term positive impact on meta-awareness and emotional and attentional regulation. To the extent they do, they should also facilitate virtue. Contemplative practices are of course a huge family with diverse members, but looking at the roots of many of these practices, and especially some meditation practices, we see that their ultimate aim is to enable virtue anyway – virtues like equanimity, compassion, and of course wisdom.

Bringing theory into practice, what are tips to be more virtuous and happy?

That’s the biggest question out there, isn’t it? How can we become better, wiser, happier people?

A good first step is believing that it is possible to train ourselves to become more virtuous and happier. It is in our hands to develop our skills for virtue and happiness, by replacing our less wholesome cognitive, emotional and behavioral habits with more wholesome ones.

While doing that, we should not expect miraculous results or overnight change, but be happy with even the smallest progress in the desired direction, trying to find joy in constant growth, as slow and gradual as it may be. There are many different ways to go about developing virtue and happiness, but one skill that is probably foundational to any self-improvement effort is mindfulness. By mindfulness, I mean both the self-awareness necessary to recognize and modify one’s thoughts, feelings and behaviors, as well as an accepting, non-judgmental, self-compassionate attitude toward where one is relative to where one wants to be.

Talking about foundations – we sometimes do not realize what an enormous effect our bodies have on our minds. Poor nutrition, insufficient sleep, and lack of exercise are well-documented saboteurs of our ability to regulate our thoughts, feelings and behaviors – they’re huge obstacles to living virtuously and happily. It might be a good idea to try and instill good habits in these foundational areas before venturing to improve ourselves in any other area, because acting with virtue and being happy becomes substantially easier when our bodies are at their best.

We should also acknowledge that happiness is contagious, and so are virtues. We should pay a lot of attention to the people we spend our time with and the cultural messages we expose ourselves to – even unwittingly. One of the greatest privileges in life is to be surrounded with people who are inspiring role models. Cultures, too, can be considered successful to the extent their celebrities embody virtue and their messages inspire people to be virtuous.

Can you share more about your research on virtues and its future directions?

In a study I conducted with my colleague (and twin sister!) Selin Kesebir from the London Business School, we looked at millions of books digitized by Google and examined how the frequency of virtue words changed in books across time. So, we tracked 60 words related to virtue and moral character – words like conscience, decency, virtue, honesty, gratitude, sincerity, humility or generosity. It turned out that the frequency with which the majority of these words appeared declined significantly across the 20th century. This means that words related to virtue and moral excellence were a less significant part of the cultural conversation compared to a century ago – people simply did not think/talk/write about morality and virtue as much anymore. I believe that a virtue-salient culture where people have the vocabulary of virtue and use it commonly would provide a more fertile ground for individual and societal flourishing, which is why these results are a bit disconcerting.

Other than this archival study, I’ve done some work on humility and spirituality –spirituality in the sense of being prone to perceive sacredness in mundane things. These qualities too have well-being benefits and seem to especially help people deal with existential anxiety. Currently I’m in the early stages of working on the somewhat-forgotten virtue of “equanimity,” trying to define it scientifically and creating measures to capture it. Equanimity is a state in which one’s mental stability is not thrown off balance due to the situation, and the accompanying freedom from inordinate reactions to the fluctuations of life. I believe that this is a virtue crucial to enduring happiness, so I’m very excited to see where this research will go.